Presentation
of the European Province 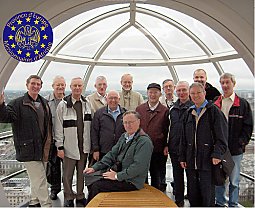 The creation of the European Province, whose Statues we are presenting, is the outcome of several years of reflection and discussion. When the idea was launched by the Council of European Provincials at Munich in May 2001 few confreres were prepared to accept it. Admittedly, since the 90s, the need to regroup the Provinces of the Society into larger units has gradually made headway, but the idea of eliminating the Provinces of Europe and creating a new Province on a European scale was new.

The Chain of Events

The Plenary Council of 2000 invited all the Provinces to reflect on their future. Accordingly, the Provincials of Europe investigated the situations in their respective Provinces and notably the process of aging, thereby requiring an adaptation of structures of communication and government. In order to respond appropriately to these situations, three possibilities were suggested:

In the case of the first two responses, the creation of a single Province was put back till later, when the number of European confreres would have diminished. The third option was taken up by the Provincials during their January 2005 meeting. A Working Document was sent to all confreres. With this Document, the Provincials asked the European confreres to participate in working out the details of this project.

Their reactions were varied and numerous. Whereas some emphasised the advantages of this restructuring, others expressed their objections and doubts, or voiced their deep disagreement with this intention of creating a single European Province.

* International collaboration in view of the running and consolidation of European projects, thereby ensuring a visible and viable presence of our charism in Europe.
* Better management of available personnel and a more structured organisation for more efficient working practices in areas of the Society's priorities.
* A new policy of appointments, enabling the forming of international communities in which it would be possible to appoint young confreres and stagiaires.
* European solidarity in the search for solutions to situations of aging.
* Reduction in the number of European Provincials towards a more balanced representation of Europe at the Chapter.
* The inclusion of Poland in the European Province.
* Economy in personnel, further to the progressive reduction of Sectors and the workings of government and management.

However, there are not only advantages,
but very real questions arising that we cannot avoid:

Questions
* Some Provinces work well and have enough young people to last. Why then eliminate them?
* All Provinces will become Sectors, but can we guarantee that the smaller Sectors will not be swallowed up by the larger?
* Are we not going to introduce a level of authority very far removed for local realities and the men who work on the spot and complicate the financial administration of the Society?
* Can we expect from a Treasurer of the European Province that he will take account of the social and fiscal laws that differ from country to country?
* Will we be able to present to the Provincial Council a budget and financial accounts without imposing procedures that will only make the work burdensome?
* Are we not creating new services that will demand more personnel and more financing ? 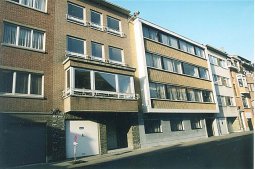 After carefully considering the advantages and very real questions, the Provincials reckoned that the advantages outweighed the doubts and decided to continue the work of implementing the single European Province project. In October 2005, they fixed the date for the establishing of this Province as the 1st July 2008 and set up a commission to help them in drafting the Statutes. They asked this commission to draft a document that would allow a balance between the unity of the Province and its diversity, as well as the history of each Sector, while also permitting a relative autonomy in the Sectors, according to the principle of subsidiarity.

This became feasible with the publication in 2006 of our Constitutions and Laws. These effectively enabled the creation of a system of government and management that had two levels of competence and responsibilities: that of the Provincial and his Council, who would assume overall responsibility for the Province and that of Sector Superiors and their Councils, who would assume the responsibilities delegated to them. In the Statutes, whatever belongs to each one of these two levels is indicated.

On behalf of the Council of European Provincials,
Detlef Bartsch
Provincial of Germany

How will it work ?

After a ballot on a possible outcome and a further consultation, the Superior General, appoints the Provincial of Europe. The task of the European Provincial is above all to ensure the apostolic and spiritual operations regarding communities and individuals. He governs according to Church Law and the Society, according to the orientations of the Chapter and under the authority of the Superior General. To this end, he regularly visits the Sectors.

He delegates certain powers and responsibilities to the Delegate Superiors now called 'Sectors.'

He is assisted in his responsibilities by a gathering of Provincial Councillors.

Each Sector is represented by an elected Councillor. A Sector with more than 100 members appointed to the Sector has a right to 2 elected Councillors and this currently applies to Belgium and France. The Provincial may also appoint other Councillors.

The Provincial appoints his First Councillor. He must be able to consult him regularly and easily.

According to the Statutes of the European Province

Explanation of the abbreviations :